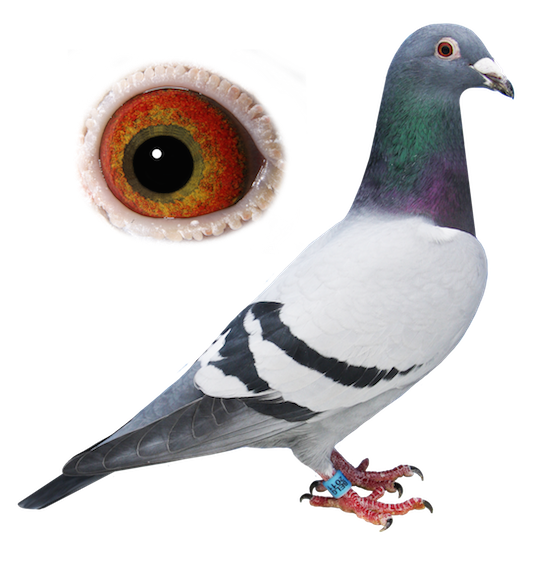 THE GOLDEN MONAR is the only son of THE MONAR when he was paired to PERPIGNAN LADY of ETTIENNE MIERLAAN ever to come to the UK.

THE MONAR won 1st international Narbonne and many other positions he was also a brother to THE MONTABAUN and MONTALI 2 other sensational racers for Ettienne.

THE MONAR was direct from YELENA who in turn was from the immortal TOPSTAR INCIDENTLY in 2014 ERIC LIMBURG won 1st international Perpignan with a one of a child of TOPSTAR and on the very same weekend GABY VANDENABEELE won 1st national tulle with another one of a son/daughter of TOPSTAR.

These superior bloodlines don’t come along every day .PERPIGNAN LADY was the best long distance hen in Europe winning many top prizes and ace bird titles 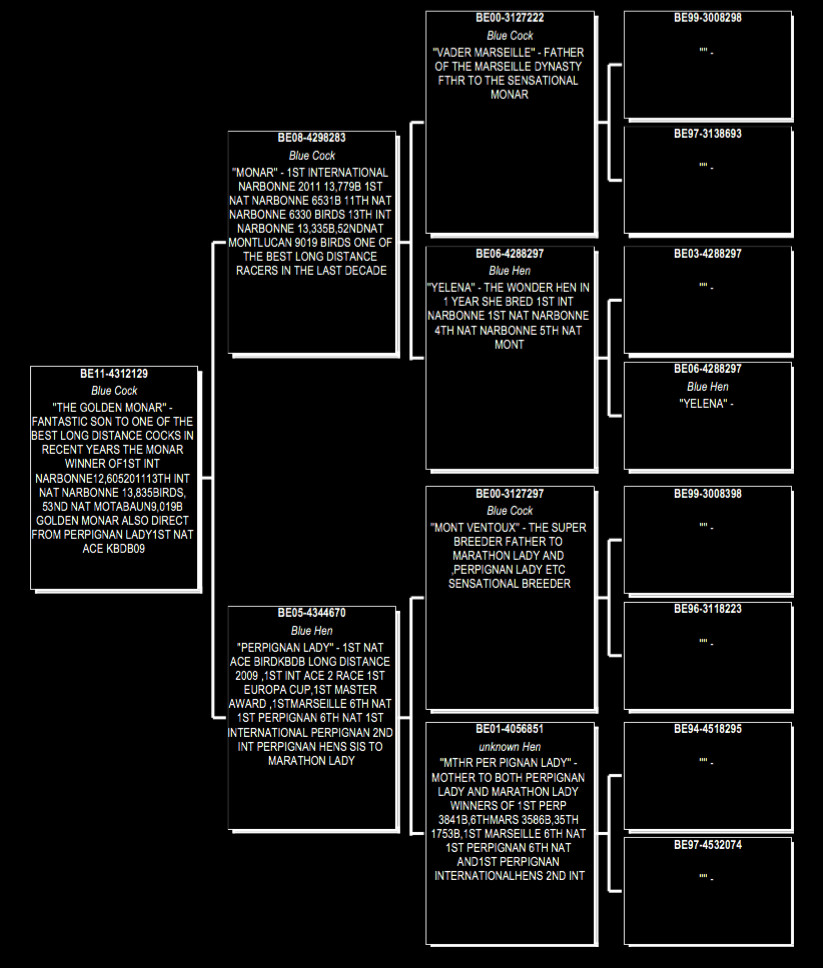